Drain target’s health and disrupt their resistances, receiving increased damage protection while this power is in effect.

Effective against barriers and armor.

The rachni are a territorial race, determined to remain isolated from the rest of the galaxy. They normally inhabit extremely hazardous worlds, able to survive environments that would kill most sentient species. Should their territory be invaded on purpose or even by accident, they respond with swift and brutal force.

However, many make the mistake of underestimating the rachni as mindless animals when in fact the rachni are an extremely intelligent sentient species. The rachni achieved space flight and a form of cryogenic suspension, developed weapons and carved out a huge swathe of galactic territory. Far from being treated as disposable resources of the hive, rachni soldiers are carefully nurtured as part of the group.

The queens are the leaders of the rachni hive mind. Their ways of perception, thinking and communications seem to be different from that of other races, and based upon a synesthetic perception of sound as both sound and color. According to Dr. Ann Bryson, rachni communication is geared towards pheromones, and, as further proof of their intelligence, an organic quantum entanglement communicator — not, as so many believed, telepathy.

Rachni regard speech and thought as forms of music, as shown by the strange metaphors used when attempting to communicate, for example, «songs the color of oily shadow». The speech patterns used by them in such occasions are also unusual; «When we speak, one moves all». They refer to their manner of communication as «singing», which soothes and nurtures their young, and this appears to colour their entire psychology. For example, the rachni speak of death as «the great silence», concern after putting something to death as singing in «grey and violet», and they refer to their homeworld as the «singing planet». The rachni ability to genetically share knowledge across generations makes queens a vast repository of information.

Chohe is a terrestrial planet whose surface is mainly composed of aluminum, with numerous deposits of calcium. Though it has enough mass to retain a dense atmosphere, Chohe is nearly a vacuum. This lack of atmosphere allows a moderate average temperature, but the differences between night and day are extreme.

The surface of Chohe’s sunward-facing side is usually covered by a haze of volatiles (mainly water vapor and carbon dioxide), which return to the ground as frost over the course of the long, cold night.

The Sirta Foundation has established a research outpost on Chohe to investigate the native subterranean life of Chohe, which shows incredible resilience to extremes of heat and cold.

In the year 2148, mankind discovered alien artifacts that unlocked the secrets of space travel. Over the decades that followed, humans joined the galactic community aboard an ancient space station called the Citadel. In this strange new galaxy, tales of human courage resound among the stars. This is one of those stories…

Sometime prior to Jacob Taylor’s introduction to Cerberus in , galactic tension is rising due to batarian ambassador Jath’Amon’s arrangement of a meeting with the Citadel Council, with the intention of negotiating a peace between the batarians and the Alliance.

Jacob Taylor, a biotic soldier, is on vacation aboard the passenger liner Arcturian Jade when the ship is attacked by batarian terrorists. Jacob grabs his assault rifle retained from his former job as an Alliance marine, and a battle begins which will lead him to fight an unknown terrorist threat.

Its surface albedo as calculated from parameters is −1.48. Some of that can be adjusted upward given that the sun is, from this distance, a disc rather than a point (if not by much).

But no planet here can be older than its star, which as a main-sequence F0 is no older than 2.82 billion years. Chohe is a large planet and is still emitting heat from its formation and differentiation; in addition its core must be at least as radioactive as Faringor’s. The plutonium here probably does not date to the planet’s formation, but could be the result of a natural reaction as in Oklo in Gabon.

Visible from planetside is a small, spherical, and airless satellite; redly coated with iron rust dust like Mars or else methane ice like Sedna. It is a captured body. The artwork is identical to that used for Klendagon above Presrop, and is likely footage of Mars; it cannot be taken as a map of the moon.

The developers have acknowledged having trouble keeping rumors of the remaster under wraps during its official announcement on N7 Day, November 7, 2020.

Although the Legendary Edition was supposed to include everything from the trilogy, certain parts like Pinnacle Station and Mass Effect 3 Multiplayer had to be cut. The development team tried to contact Demiurge Studios for their source files for Pinnacle Station, but the code backups that were turned over were corrupted. Rebuilding it from scratch would have taken another six months, and game director Mac Walters described the decision to cut it as «heartbreaking.»

Multiplayer was cut due to logistical challenges in overhauling its systems for modern sensibilities, and focusing on it would have eaten into the singleplayer remaster’s limited development time. Instead, the game has been rebalanced, and sections of Mass Effect 3 that would have required multiplayer to tie into the story experience have been redistributed.

Legendary Edition aims for a faithful retelling of the trilogy’s story and doesn’t provide extra content, romances or otherwise. BioWare considered resurrecting previously cut content, but much of it was not in a readily available state and would have required rebuilding any missing linkages from scratch, diverting from the effort to remastering the trilogy.

The remaster uses Unreal Engine 3, the same engine behind the original trilogy. Several assets like the Kismet scripting language used in the trilogy have no equivalent in Unreal Engine 3’s successor Unreal Engine 4, which also means everything else would have to be redone from scratch. Consulting with Epic, the engines’ creator, BioWare determined that bringing the trilogy to UE4 would have fundamentally changed how it felt and how it played. BioWare instead opted to push the limits of UE3, such as creating real-time dynamic reflections by sticking another camera in every scene and rendering each one twice.

Substantial work went into bringing the first Mass Effect closer in line to the aesthetics of the later two games. It was more of an RPG than the shooters the latter two games became, so BioWare aimed to bring the improvements they’ve made to various systems in 2 and 3 back into the first game.

Strange camera placements in the original trilogy have been rectified in Legendary Edition. Shepard’s sitting model was designed for males, which translates to an awkward look on skirted female Shepards, so the camera angle on the latter has been raised. Lingering shots of Miranda Lawson’s butt are also slated to be corrected.

Owing to the existence of numerous mods for the trilogy, Walters revealed ongoing discussions with certain people in the modding community regarding how the remaster would impact their mods and how to better integrate them into the games going forward.

Development is currently ongoing to determine if custom Shepard faces from the original trilogy can be imported into the Legendary Edition. The first Mass Effect game gained a face code importer, but due to several improvements and additions to the character creator some codes are working better than others.

Photo mode is accessed via a button at the system menu. The player is presented with a number of options to adjust the camera position, depth of field, brightness and contrast, and other camera effects. When the shot is ready, hit the tab button to make the photo mode UI disappear and hit the spacebar to take the shot. There is no visual feedback when the shot is taken, only an audible sound.

The screenshot is then saved to:. 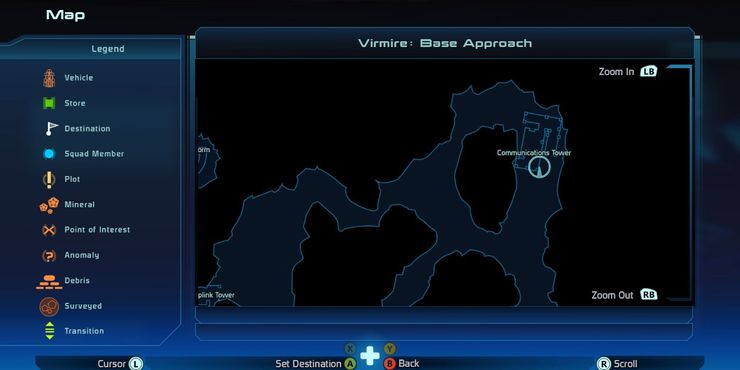 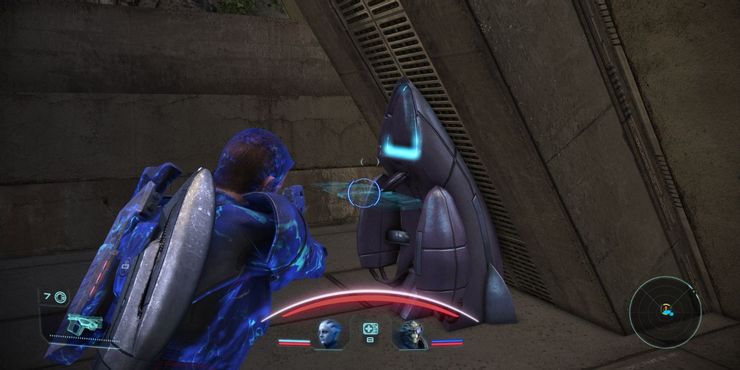 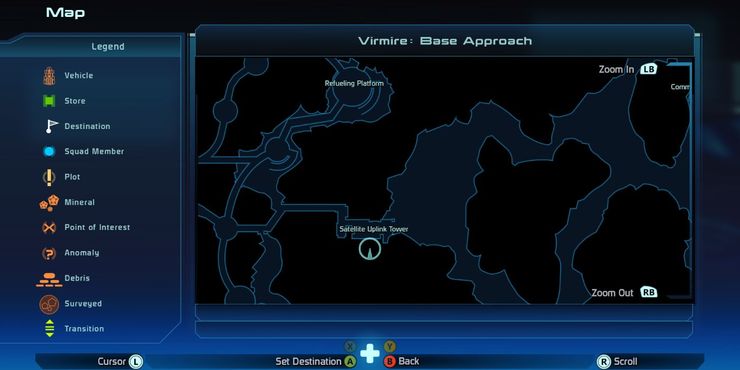 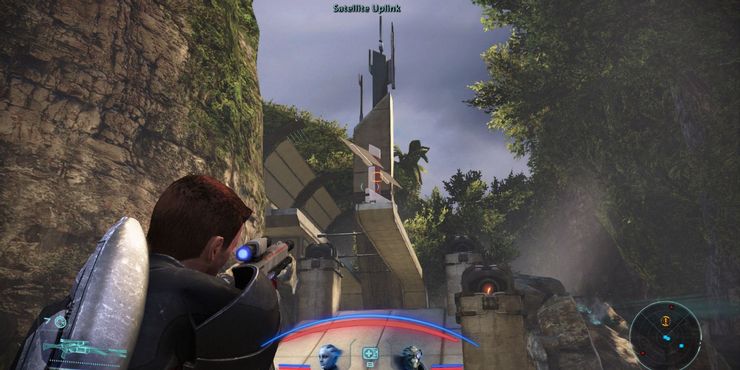 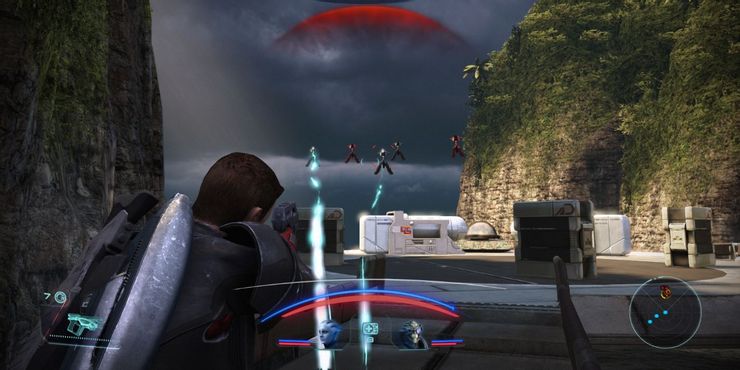 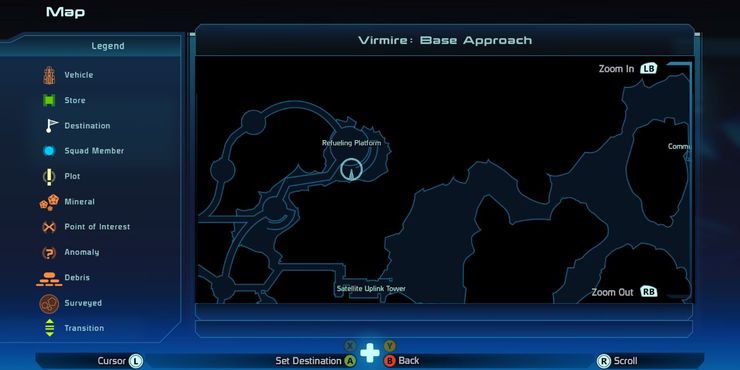 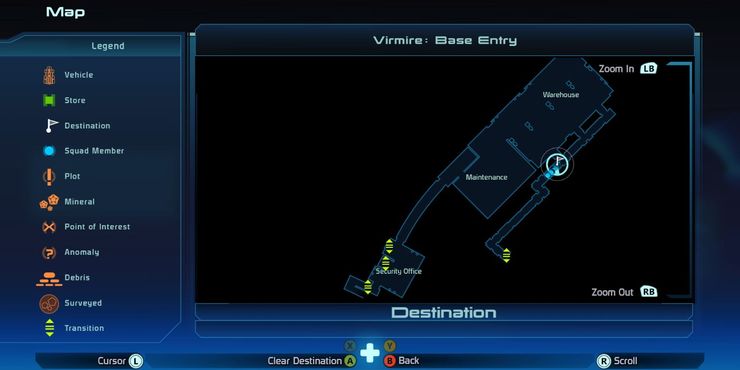 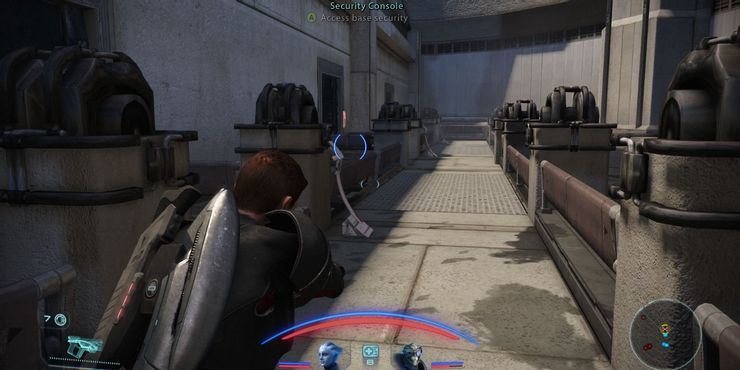 The rachni have numerous specialized forms. As a whole they have chitinous exoskeletons, four limbs for walking, and bleed a green fluid. The number of eyes, arms, and tentacle-claws vary depending on the subtype.

On most rachi forms their «mouth» consists of a «beak» made up of five mandible-like protrusions.